I’ve known Mary Nichols for years, and we tend to meet at Mills & Boon author lunches and RNA conferences. I love her mainstream historical sagas as well as her M&Bs, and I was fascinated to discover that she’d written a book about her midwife grandmother – especially as her grandmother’s practice was in the village where my husband’s family comes from. So you can guess what we talk about when we’re together. History, medicine… (Dear editor, I will wear you down one of these years and talk you into letting me do a historical medical…) First of all, congratulations to Kate for reaching the fifty mark for Mills & Boon books. Considering she writes those along with lots of other interesting books, it is a fine achievement.

When I wrote The Captain’s Mysterious Lady, it was a one-off, a change from writing Regency books. The Georgian era intrigued me for its lawlessness and the way crime was dealt with at the time.

There was no regular police force. The streets were patrolled by the watch appointed by the parish and they often consisted of old men, no match for hardened criminals. Above them were unpaid constables, who were obliged to do their spell of duty whether they wanted to or not. They could arrest people caught in the act or brought to them by the complainant, but detective work was unheard of. The only real deterrent to crime was the harshness of the penalty once the perpetrator reached court. But that was often counter-productive; one might as well be hanged for a sheep as a lamb.

My hero, Captain James Drymore, searching for the murderers of his wife and intent on vengeance, is, for the first time since it happened, side-tracked into helping Amy Macdonald, a young lady he meets on a coach who is obviously in distress. She has witnessed a crime which has so traumatised her she cannot remember the details, though it gives her nightmares. In solving her mystery, James finds himself torn between his duty as a patriot and his growing feelings for her. By that time he has decided something must be done about solving crime. He consults Sir Henry Fielding who is trying to interest Parliament in the idea for what became known as the Bow Street Runners, but their scope was limited and did not include detection work. James sets up a group of like-minded gentleman, all rich enough not to require payment for their services. Not for them the taking of bribes as other thieftakers were known to do. They do it for the love of adventure and to make the country a safer place to live.

My editor liked this book so much she suggested it could be the start of a mini-series about Georgian crime and asked me to think of a name for the group. I invented The Society for the Discovery and the Apprehension of Criminals which became known as The Piccadilly Gentlemen’s Club. I wrote four books initially: The Captain’s Mysterious Lady (shortlisted for the RNA’s Love Story of the Year award); The Viscount’s Unconventional Bride; Lord Portman’s Troublesome Wife and Sir Ashley’s Mettlesome Match. Each deals with a different member of the group and a different crime, in the solving of which each finds the love of his life. The Viscount is sent to bring back a runaway daughter and discovers a dark secret in her past; Lord Portman is tracking down coiners (the forging of false coins) which are set to de-stabilise the economy, Sir Ashley is concerned with smugglers. Needless to say the heroines all appear to be in league with the criminals, until events prove otherwise. 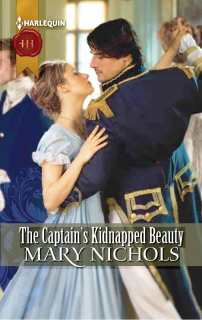 The books have proved very popular, and after a break to write another Regency, I’ve written a fifth, out this November. This is called The Captain’s Kidnapped Beauty. (Different captain, this time a sea-farer) Alexander Carstairs is sent to rescue Charlotte Gilpin, the daughter of a wealthy coachmaker who has been kidnapped. But this is no simple kidnapping; the victim is taken on board a ship bound for Portugal and Alex must needs follow. His efforts to bring her safely back to England are thwarted by the lady herself who has her own ideas about whom to trust.

I loved doing the research for these books and there are other members of the group whose tales have not been told, so who knows, there might be more to come.

Mary Nichols has written over fifty novels, thirty-six of them historical romance for Mills & Boon.
You can find out more about Mary on her website, www.marynichols.co.uk
Posted by Kate Hardy at 7:30 am

Another fascinating post in your 50th books celebration, Kate. Mary I love the sound of your series and off to Amazon to add them to my wish list, which is fast overtaking my trb list.
I love the new cover too, best wishes with your new book.

The mini-series looks wonderful. I have found another author to add to my list. Got to love that.

This looks really nice thanks for sharing !

Very INteresting to meet you and read all about your books, Mary. I'm a 'Victorian' writer - a bitt later than the Regency, but just as 'dark and dangerous' in many ways. I cannot help feeling that so much we see on TV glamorizes the past, and makes it seem like a good time to live. We writers know it was anything but - tho times being what they are, we seem to be slowly moving back into it. Sadly.

Interesting as usual, Kate. Mary, your mini-series is going on my wish-list, too!

Congrats on the book! It sounds good.

i read the excerpt and love it and love the cover of The Captain’s Kidnapped Beauty :)

Twilight Race for Life - thank you

Other places to find me 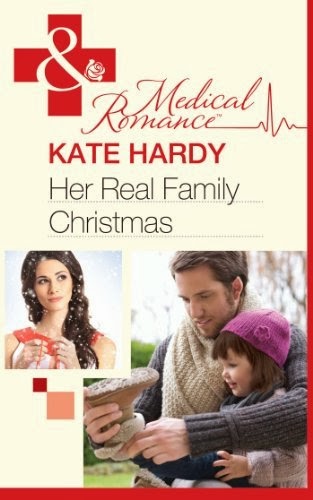 Bound by a Baby 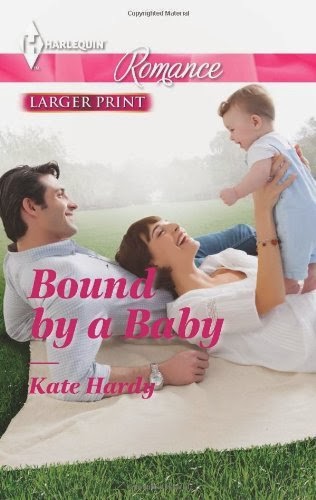 A Date with the Ice Princess

Tis the Season to Kiss Santa 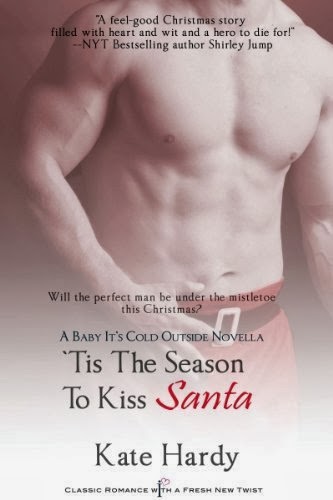 available from Amazon US and Amazon UK

Ballroom to Bride and Groom (US) 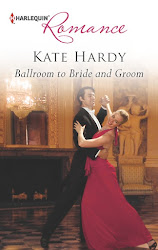 Bad Kate (aka limbering up)